Portraits of the Homeless by Lee Jeffries

in front of photographs. This might be because these are only apparently photographs. Sure, the means used is a camera;

certainly, on the other side of the lens there is a reality. On the bodies and faces portrayed the signs of devastation

due to an existence without any warmth, apart from that given by alcohol or drugs;

bodies torn to pieces by the violence of the streets on a daily basis. What is left of such a person?

And yet, in these eyes rejected by the world there is a Light, an otherworldly Light, a Light with violent flashes, that apart from pain talks about elation, truth and wisdom, bitter and infinitely sweet like the taste of freedom.

The Light, “this” Light with which Lee Jeffries portrays those without a home, without a land, without anything,

is the same Light that emerged from the faces of sinners, saints, common men and women painted or sculpted in marble at the feet of the Divine, be it Christ or the Virgin Mary, by artists such as Caravaggio, Leonardo, Michelangelo, Bernini,

and in the greatest art pieces of European Renaissance and Baroque. Rather than photography, this is Sacred Art, And this is what remains of Jeffries’ divine tragedy: the Sacred, the real meaning of being Human, too Human, in the descent towards the netherworld and return to Heaven.” 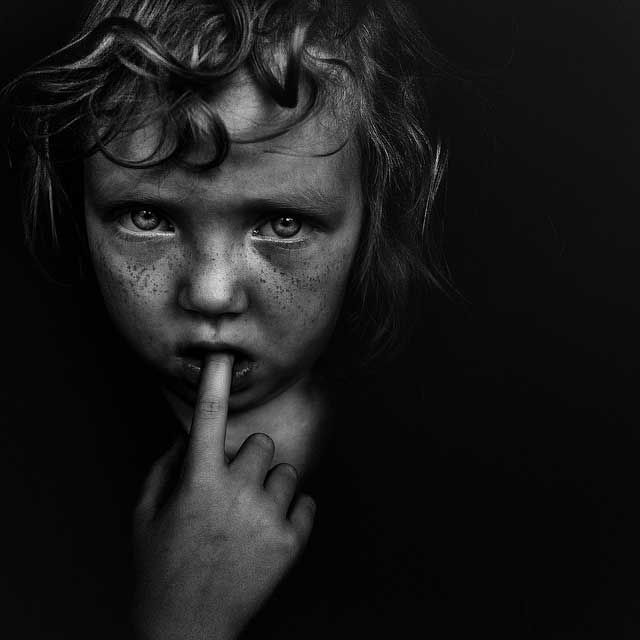 In 2008, accountant and amateur photographer Lee Jeffries was in London to run a marathon. On the day before the race, Jeffries thought he would wander the city to take pictures. Near Leicester Square, he trained his 5D camera with a long, 70-200 lens on a young, homeless woman who was huddled in a sleeping bag among Chinese food containers. “She spotted me and started shouting, drawing the attention of passersby,” Jeffries says. “I could have just walked away in an embarrassed state, or I could have gone over and apologized to her.” He chose the latter, crossed the street and sat with the woman. The eighteen-year-old, whose complexion indicated she was addicted to drugs, told Jeffries her story: her parents had died, leaving her without a kit home, and she now lived on the streets of London.

This experience had a profound effect on Jeffries, sharpening the focus on the subject matter of his street photography - the homeless - and defining his approach to taking pictures. He didn't want to exploit these people or steal photographs of them like so many other photographers who had seen the homeless as an easy target. In an effort to make intimate portraits, Jeffries would try to connect with each person on an individual basis first. "I need to see some kind of emotion in my subjects," Jeffries says. "I specifically look at people's eyes - when I see it, I recognize it and feel it - and I repeat the process over and over again." Jeffries tries to keep the contact as informal as possible. He rarely takes notes, feeling it immediately raises suspicion, and prefers to take pictures while he is talking with his subjects to capture the "real emotion" in them. "I’m stepping into their world," he says. "Everyone else walks by like the homeless are invisible. I’m stepping through the fear, in the hope that people will realize these people are just like me and you."

Homelessness is a very complex issue.

I sleep rough when I'm out there, and it gives you a freedom like you've never had in your normal life – you don't answer to anyone, there's no one on your back, no deadlines, you're just living. It's very addictive.

But homeless people become vulnerable to drugs and alcohol. They're often there as a result of relationship breakdown or leaving the armed forces, and they're in pain, and there's access to drink and drugs to take the pain away.

Skid Row in LA is like nowhere else – hundreds of people in a six-block area living on the streets. Every morning at 6am the police go round with their sirens on, waking them up and moving them on. There are homeless centres there to help, but they facilitate the problem by attracting people from all over the US. I remember meeting this one street guy in New York when I was doing the marathon over there, and two years later I saw him in Skid Row. I can't see it ever ending.

At Christmas it was worse than ever – sheer numbers I couldn't comprehend. But I'm never happier than when I'm out on the streets. Back home I'm lonely. Taking these experiences from the street drives me to raise awareness, and the photographs do make a huge difference. They aren't documents of a person's life; they're documents of emotion and spirituality, and I don't underestimate their social impact. They're auctioned to raise money, and recently the Swedish Salvation Army's ad agency asked me to go over and do some shots. The main three images were used all over Sweden – it was a huge campaign. They reached as far as Los Angeles. The idea now is to take it to the next level and to do it for the Salvation Army in the US or France. 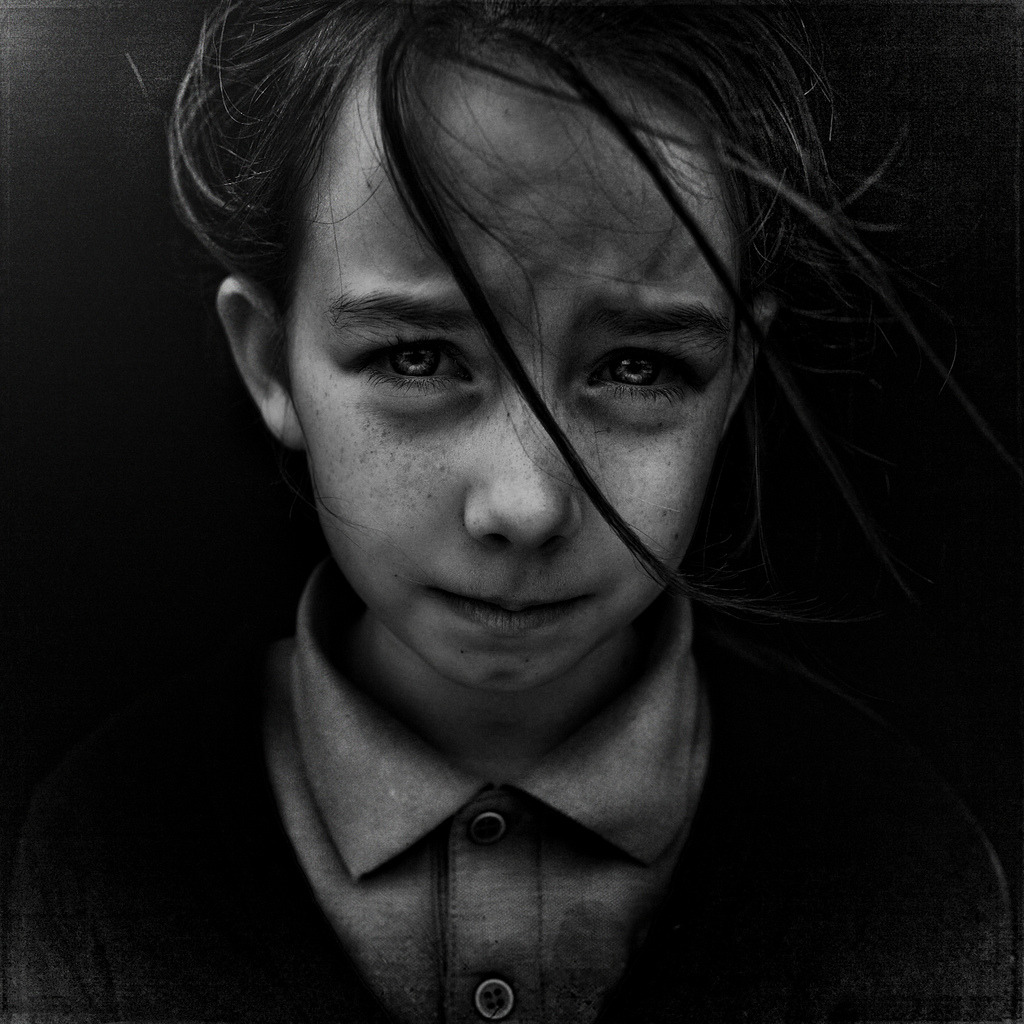 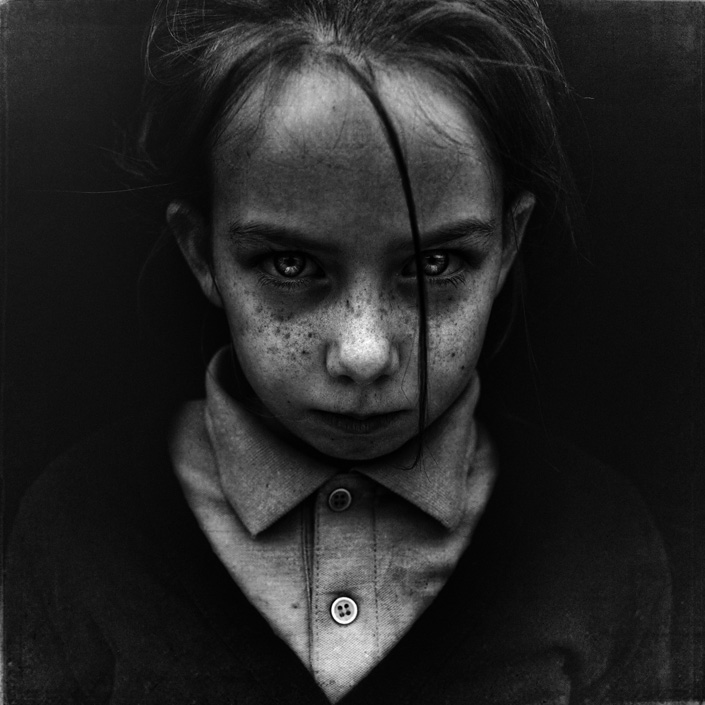 Self-taught and self-funded, Jeffries has used vacation time to travel to Skid Row in Los Angeles three times, as well as Las Vegas, New York, London, Paris and Rome, to continue his project. The way that Jeffries processes his images and the heavy use of shadow and light within his pictures is a direct reference to the religious overtones he felt while photographing the beggars and homeless in Rome. The underexposure in camera and process to dodge back light where he wants it—although done in a digital environment—relate more to the traditions of analog printing. The effect of the subjects on the photographer is equally heavy: "When I’m talking to these people, I can't then leave that emotion, so when I get back to my computer so emotionally involved, sometimes I will start to cry when processing the image," Jeffries says. 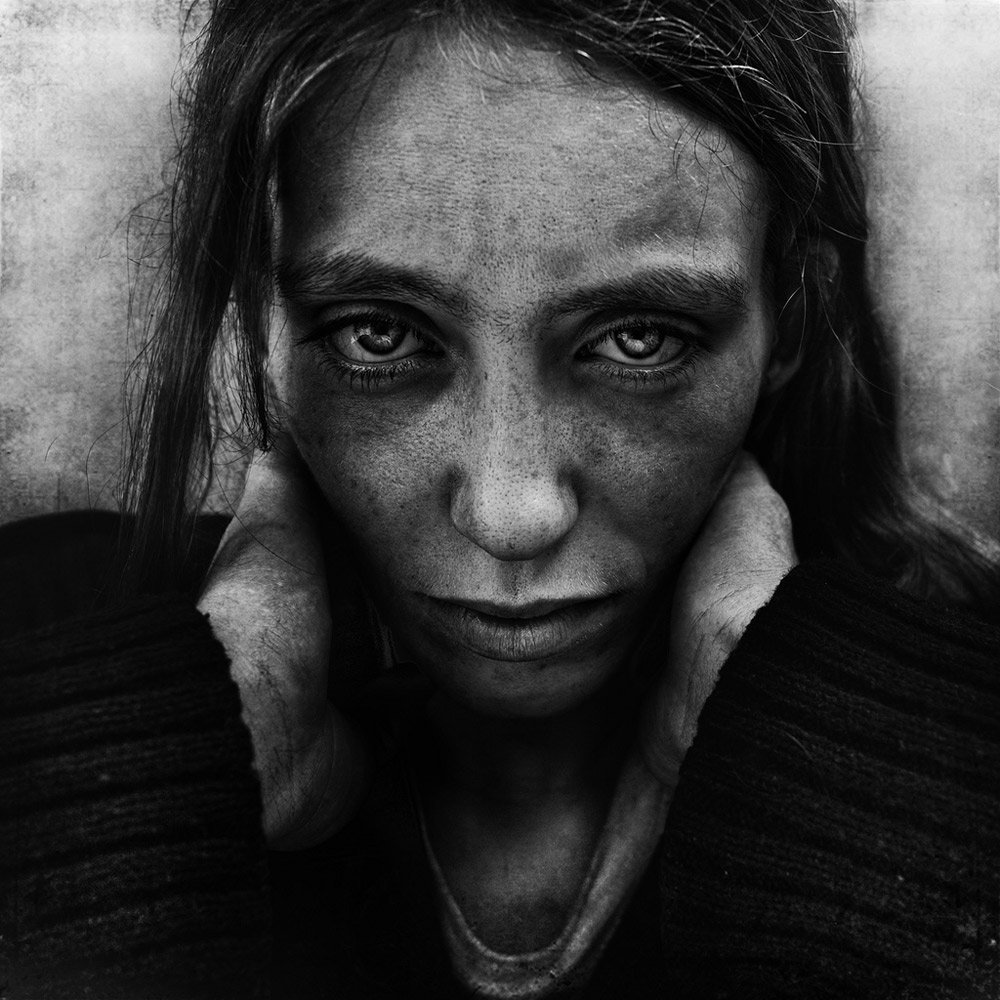 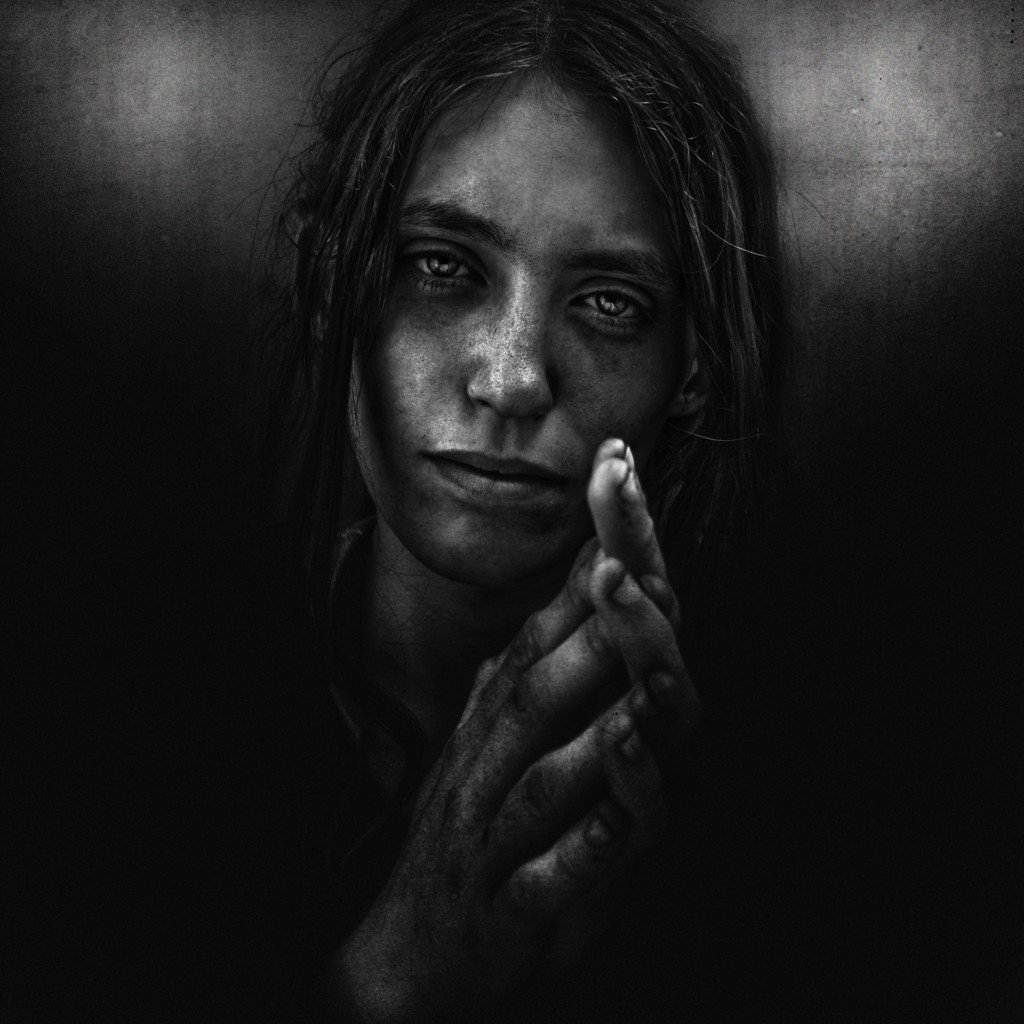 The photographer's passion has become his life mission. He uses his photography to draw attention to and raise funds for the homeless. Over the past years Jeffries has placed third, second and second in an annual Amateur Photographer magazine award contest, and has won separate monthly contests which come with a camera as a reward. Each of the half dozen cameras he's won has been donated to raise funds for charities, including homeless and disability organizations. The proceeds from Jeffries's Blurb book, which features homeless portraits, go to the Union Rescue Mission in Los Angeles and the photographer allows any charity to use his images free of charge. Jeffries also runs the London and New York marathons to raise money for Shelter, a U.K. housing charity. He's committed himself at a more personal level too, buying lunch for a man who had lost his fingers and toes to frostbite or taking a woman with a staph infection to the hospital when she was sick. Jeffries estimates he has given thousands of dollars to these individuals, but what he has given them in terms of a sense of dignity and outpouring of concern is immeasurable. 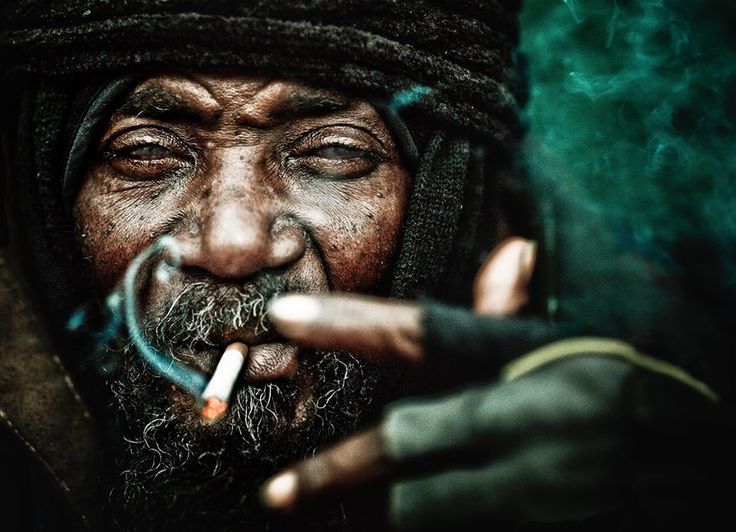 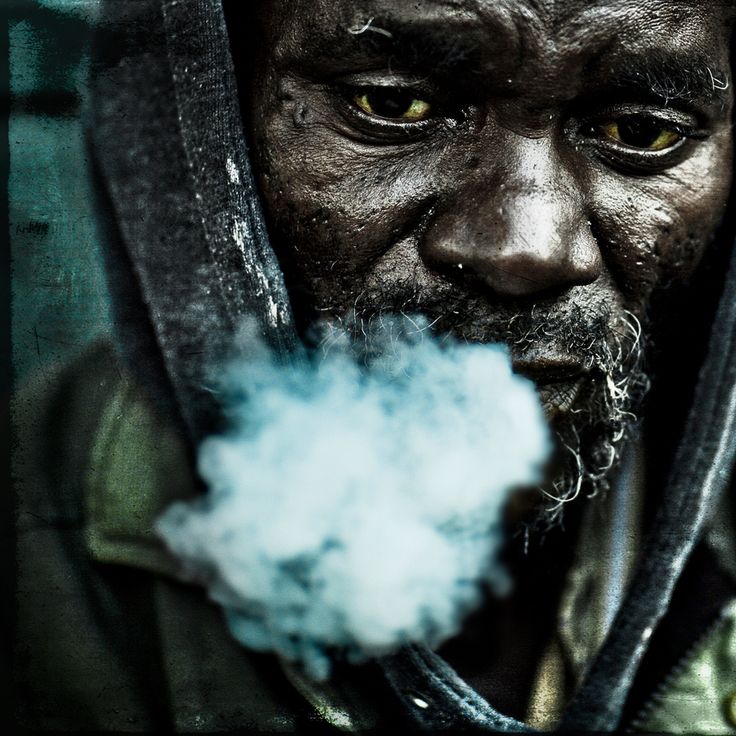 Jeffries's powerful portraits are well known internationally. The increased exposure is welcome news for a man whose self-funded journey can be difficult. "I can’t change these people's lives," he says. "I can’t wave a magic wand but it doesn’t mean I can’t take a photograph of them and try to raise awareness and bring attention to their plight."

Lee Jeffries is a photographer based in Manchester, England.

Truly amazing Artist. Please help sharing and supporting his photography. You can see more of his beautiful work here.